The Fukushima Daiichi nuclear reactor disaster caused by the tsunami in March of 2011 has caused immeasurable damage and human tragedy on the Japanese mainland. Debris from the tsunami has been washing ashore of western North America over the past year. Folks have rightfully been concerned over the safety of their Pacific food supply. I certainly am.

In the last six months I have received at least 25 calls or emails from customers who were seeking test results on Pacific fish stocks, concerned about the food they were feeding their families.  I contacted the DFO (Canadian Dept. of Fisheries and Oceans) who provided encouraging results from 2010 and 2011, but completely irrelevant to what I was searching for.

I received many emails from customers implying that the DFO as well as Health Canada were covering something up - that they were conspiring to deceive Canadians. Our MP in Ottawa was of no assistance whatsoever. I was beginning to believe the conspiracy theory myself.

We have some private customers in Toronto who buy as a group of health-conscious friends. We have been providing them with fish for almost ten years. They proposed that we share the cost of a radiation meter and, that one of their members who was familiar in a cursory way with the units of measure, do the testing. Which is exactly what we did. 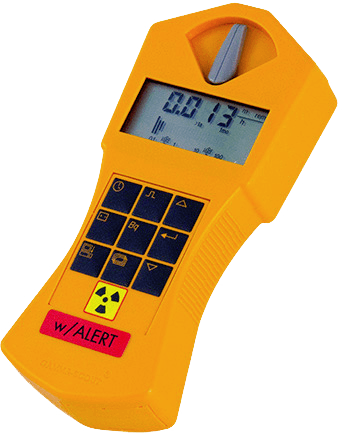 I drove to Toronto last month with samples of this year's catch: Wild Albacore tuna, Pink salmon, Sockeye salmon and Chinook salmon. In the very fine kitchen of our customer's home we prepared each sample by mashing a few grams and holding it in plastic containers. After calibrating the meter to the room background, we then placed each sample into the meter's stainless steel pan that was specifically designed to test food samples. It was recommended that each sample be tested for an hour. The units of measure, Bq (bequerels) are measured over time (seconds/minutes).

For the sake of expediency, we tested each sample just 5 minutes looking for 'spikes' in the reading. Should we encounter a spike, we would then test over a longer period. Everything contains some natural radiation. None of our fish samples spiked the meter; in fact the readings were just marginally higher than the room background. So we looked for other items in the home that would give higher readings (just to ascertain that the meter functioned properly). California strawberries tested less than the room background. A smoke detector gave slightly higher readings. But what really spiked the meter was the granite countertop!  The ancient pre-Cambrian rock contained more than twice the emissions of any fish sample:

We then referred to test results performed on behalf of Vital Choices, a US based online fish retailer  with an excellent reputation and track record. Those results can be viewed at:

For comparison, these are the total Bq values of various foods and objects under normal circumstances (WNA 2012):

Although 15-20 Bq/kg is a small and safe amount, it takes only a few bananas to trigger the radiation sensors used at U.S. ports!
Written by Richard Saxes - Seafood Specialist, Findlay Foods
Login to Findlayfoods
no Rep Id
YOUR SALES REP!